Obtaining a permit to work in Switzerland depends on many factors, including where you are from, the skills you have and quotas.

Switzerland has a dual system for allowing foreigners to work while in the country. The first concerns citizens from the European Union and/or the European Free Trade Association (EFTA), who are generally allowed to come to Switzerland for three months while they look for work. The period can be extended to six months during an active job hunt with a special short-term permit, issued if you are registered at a regional employment centre and have a good chance of being able to find a job.

This permit can be extended for up to a year if you provide evidence that you have been actively looking for a job, and there is reason to think you have a real chance of finding a job. During this period, you are entitled to a short-term residence permit valid for six months provided that you are registered in an employment centre. See below for more information on specific types of work permits.

European Nationals in Switzerland
Information on the Free Movement of Persons >>>>

Workers from all other states – third states, as they are referred to – are admitted in limited numbers to the labour market in Switzerland if they are well qualified. Switzerland makes available about 7,500 B and L work permits annually to people from outside the EU.

Family members of an EU/EFTA permit holder are allowed to join them and reside in Switzerland as well, regardless of nationality. Family members include a spouse, descendants under 21 or parent(s) and grandparent(s), provided that they financially depend on the permit holder.

EU/EFTA citizens can benefit from agreements on the free movement of people that were put into force in 2002 and subsequently updated and extended to new member states. The agreements, in general, allow those citizens the right to enter, reside and look for work or to establish themselves as self-employed. For specific information regarding your particular EU/EFTA country, visit the State Secretariat for Migration.external link

Citizens of Bulgaria and Romania have enjoyed the same rights on trial since 1 June 2016. However, a safeguard clause allows Switzerland to reintroduce quotas for a specified period if immigration exceeds a certain threshold. The Swiss government invoked this clause from June 1, 2017, and has extended it until May 31, 2019, after which Romanian and Bulgarian nationals will enjoy full freedom of movement. Special transitory measures currently apply to Croatian nationals with regard to quotas and work permits.

In response to the successful public vote on February 9, 2014 demanding a limit on workers from the EU/EFTA, the Swiss authorities have introduced a measure to favour hiring Swiss over non-Swiss people. Employers for certain categories of jobs, which have above-average unemployment rates and have been selected by the economic ministry, are obliged to advertise at local unemployment offices until December 31, 2019.

The main work permits for EU/EFTA nationals can be broken down into several categories and are defined by letters. Here’s what they mean:

EU-27/EFTA nationals are entitled to an L permit provided they are in possession of an employment contract valid from three up to twelve months. More information on the permit can be found hereexternal link.

This residence permit is granted to persons who have an unlimited employment relationship or one lasting for at least 12 months. It has a period of validity of five years and will be automatically extended for five years as long as the employment relationship continues. That said, the extension may be limited to one year if the person is unemployed for longer than 12 consecutive months. Persons who settle in the country without gainful employment (provided they have enough financial backing) also receive a B permitexternal link.

EU/EFTA nationals wishing to be self-employed can get a B permit valid for five years provided they can prove they can make ends meet being self-employed.

Nationals from EU/EFTA countries can get a C permit, valid for an indefinite length, usually after a regular and uninterrupted stay of five years in Switzerland. However, according to the State Secretariat for Migration, “The right to settle in Switzerland is not subject to any time restrictions or conditions. The State Secretariat for Migration (SEM) determines the earliest date from which the competent national authorities may grant settlement permits.” This C permit allows holders to freely change where they live (cantons) and employers. More information on this permit can be found here.

EU/EFTA cross-border commuters are nationals of EU/EFTA member states who reside in an EU/EFTA member state and work in Switzerland (either in an employed or self-employed capacity). All cross-border commuters must return to their main place of residence abroad at least once a week. More information on these permits is available hereexternal link.

Workers from so-called third states – nationals from neither EU/EFTA member states nor Switzerland – must hold a work permit. Regulations on how to get one are considerably tighter than for most Europeans and are often directly tied to employment. Getting a job offer is just one step of many towards getting a permit.

A third state national can take a job in Switzerland only if a person cannot be hired from within the Swiss labour market or an EU/EFTA state. Employers must show that they made “intensive efforts” to find a Swiss, EU/EFTA citizen or any foreign national already in Switzerland with a permit to work. Moreover, employers must show why those with priority who applied were not suitable for the job.

Those with the best chances of being granted a permit include managers, specialists and other highly qualified people, meaning those with university degrees and professional experience. Applicants may also be required to know one of the official languages (German, French and Italian).

There is no time limit on how long the procedure can take but, generally speaking, straightforward cases with proper documentation and little need for following up (such as transferring of a top manager) can take as little as three weeks. Other cases can last several months.

Like those for EU/EFTA nationals, work permits for third state nationals can be broken down into several categories and are defined by letters. Here’s what they mean:

This permit may be granted to people working in Switzerland for typically up to one year. It is tied to the term of the employment contract and can be extended, in exceptional cases, to up to 24 months if the holder works for the same employer. Also considered as short-term stays are basic and continuing education and training in Switzerland.

This residence permit does not, as a rule, exceed one year the first time it is given. Normally, a B permit is renewed from one year to the next, provided there are no conflicting grounds, such as dependency on social welfare. There are a limited number of these permits, which are subject to quotas. It includes limitations on where the holder can live (in the canton that issued the permit) and is tied to the employer. Taxes are levied at source.

Cantons are responsible for issuing permits, subject to federal approval. For detailed information on the application procedure (where to apply, which form to fill in, how long it takes etc.), please contact the relevant officeexternal link.

For more information on how the procedure works, please visit the State Secretariat for Migrationexternal link.

Promised a permit – now what?

EU/EFTA citizens planning to live in Switzerland for more than three months and/or to work must notify authorities in the commune (municipality) where they plan to live within 14 days of arriving or before starting a job, whichever is earlier.

All others have the same registration deadlines but they must take a few extra steps. Generally, if you are coming to Switzerland to work, your employer will handle visa arrangements before you enter the country.

Once those arrangements are completed and before you leave for Switzerland, you will have to send your passport off to the relevant Swiss embassy or consulate in your home country, which will issue your visa. After arriving in Switzerland, you must notify the commune (municipality) where you will be living.

Those authorities will forward your papers to cantonal authorities, which will issue the actual residence permit – a small card much like a driver’s licence. Only people from third states receiving permits L, B or C receive the permit in this new credit card format. Others receive the older, passport-style permit.

When registering with the local commune, you will need to bring passports, passport photographs, an employment contract and proof of health insurance. There are very specific requirements that must be met and it is well worth your time to contact cantonal authoritiesexternal link for specific information on what you’ll need to bring. 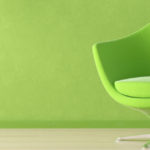 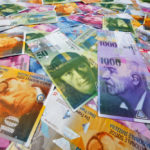